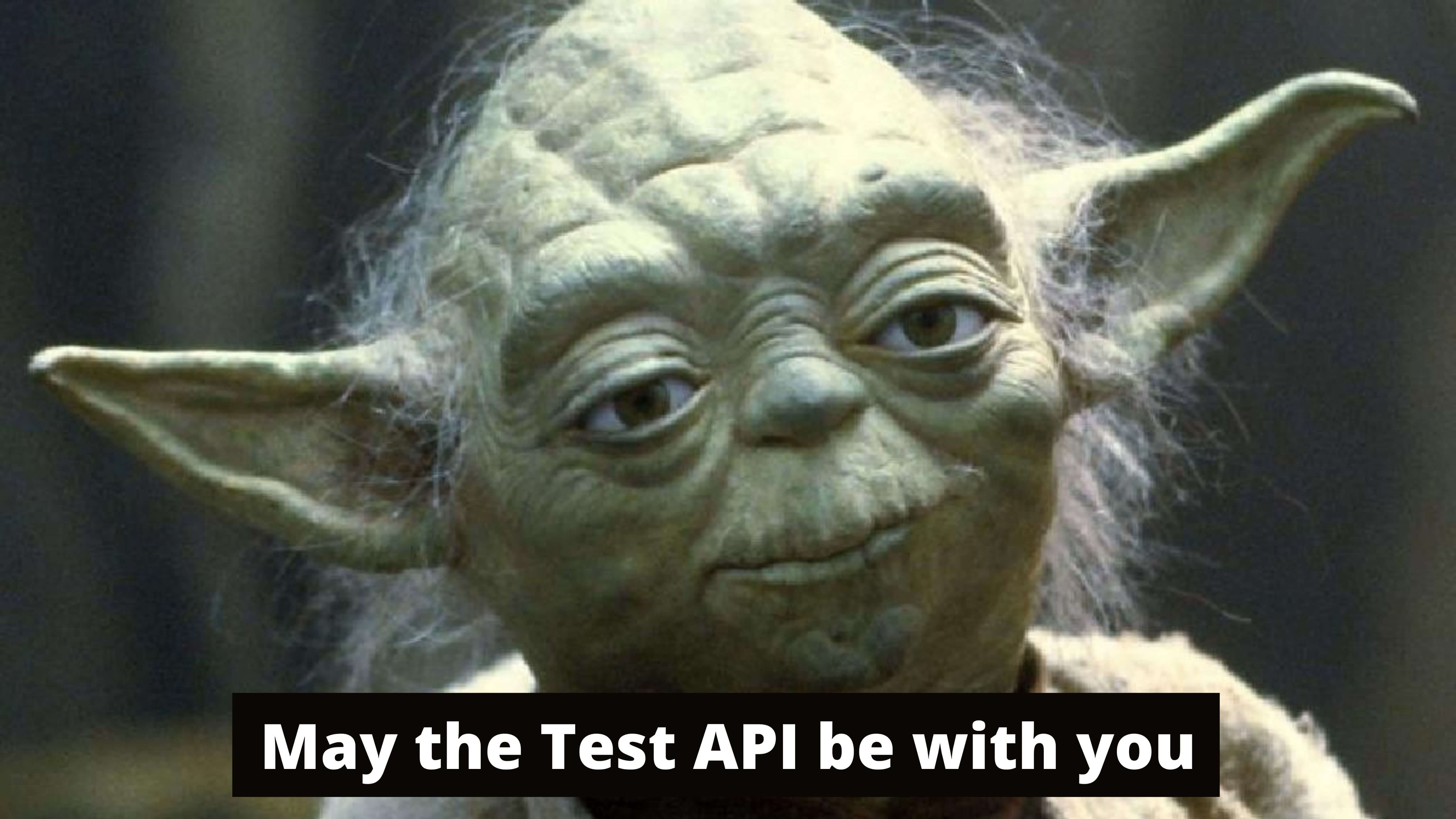 If you haven’t written tests for GTM templates yet, please read the great Simo’s post about what Test API is and how to use it. Also please have a look at the Test API documentation. In this post I assume that you already play with tests, and I will just share some cool and practical (I hope) examples. Let’s go and have some test fun.

Get the data fast

And after that in the Template Preview section fill the fields with dummy values and click the Run Code button. Here’s an example for my Firestore Web Tag: 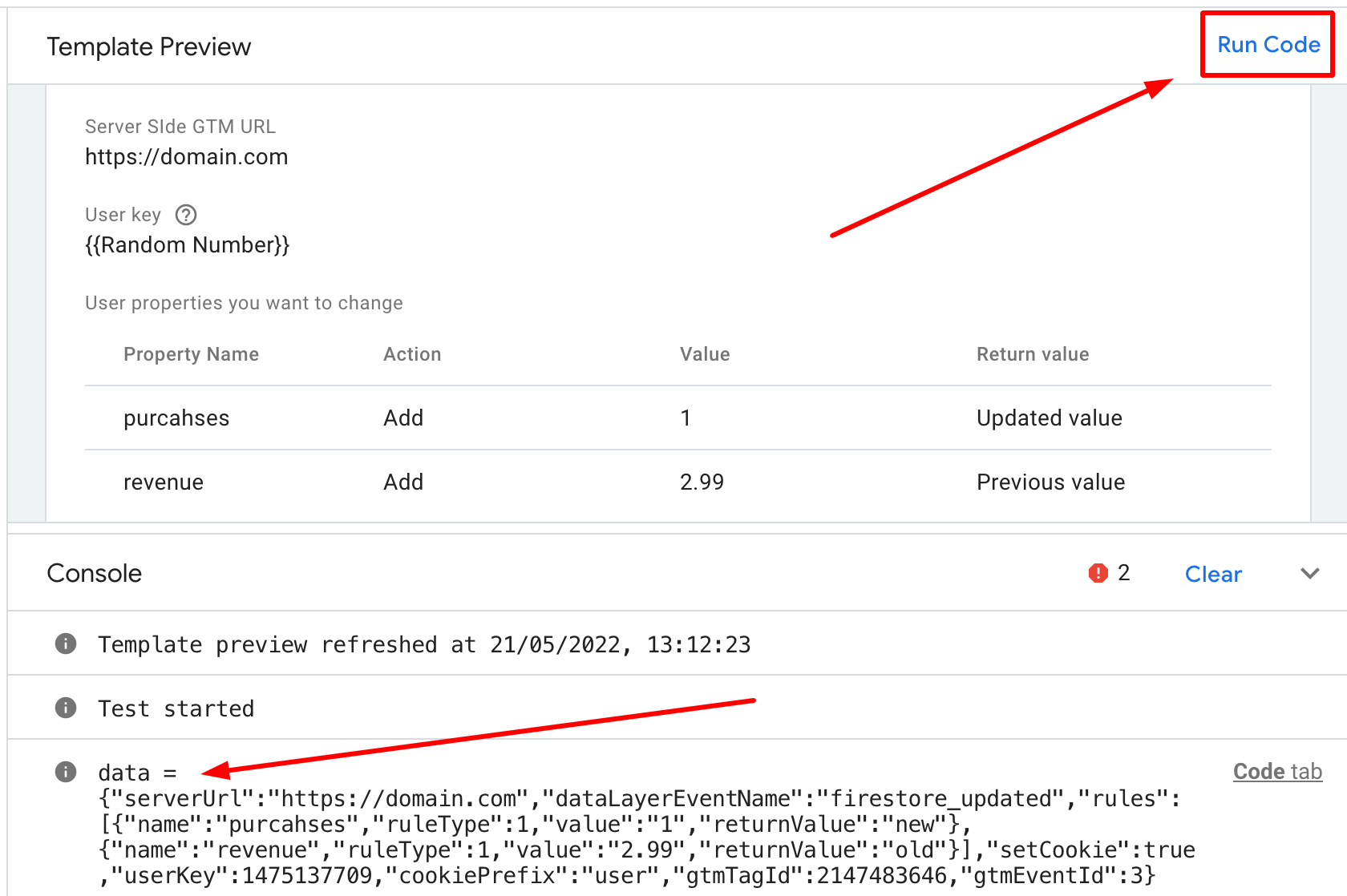 That’s all, now you can copy the value from the console and use it for your tests, slightly changing it for different cases as needed.

Don’t ignore the Setup section of the Test Tab interface. The good idea is to set the default values for all your tests inside Setup to keep your tests DRY. These values can be:

Otherwise, if you try Run All tests only the first one will work and the others will return errors:

Short trick, if for a test case you want to be sure that some method wouldn’t be fired you can mock it with a fail inside, like this:

In this example If I have a bug in the logic and setResponseStatus will be fired the test fails.

assertThat is a very handy little API we will use it practically everywhere inside mocks, if we want to check parameters passed into a function.

You will see a lot of examples later in the post.

Ok and now let’s go to the API examples, for each case I’ll show the code and the test example, we will start from the easiest API and leave the Firestore API for the last.

It is useful when you expect that at the end a Template will make a dataLayer push with a result state. This way we can check the result is correct.

In this example we check cookieName, and for different names assert different values and raise failure for unexpected cookies. It’s also a good idea to add all possible variants and move this mock to the Setup section.

This is an example of callback testing. The code hashes some value and passes it as a parameter to sendPixel API. Again, sha256 API after hashing will execute a callback and pass a hashed value to this callback. So if we want to test this case, we can mock sha256 with a function which runs a callback straight away and passes a hashed value in this callback. For a hashing algorithm we can use very simple logic - just add _hashed at the end of the string. And as a second step we mock sendPixel and expect it will be fired with the URL with test_hashed at the end, because unhashed value was test and after our mock hashing it becomes test_hashed

Here in the code we check ad_storage and if it hasn’t been granted we add the listener. In our test we want to check a case – at first the ad_storage isn’t granted, but it will be granted later.

For this case, in the test we mock isConsentGranted to return ad_storage equal false, and mock addConsentListener to return granted. But the funny thing here is how we work with callbacks. Please notice in the code, we pass the callback function to addConsentListener:

This callback function has two parameters: the consentType and the consent status.

In the test we mock addConsentListener with a function which immediately calls callback and pass values we expected “ad_storage” and “granted” like this:

This one was really interesting for me. Unfortunately you can’t actually mock localStorage API, so we need a little trick here.

Later in the code we always use ls instead of localStorage, this way in tests we can inject localStorage values we need.

For Promise API I created a separate blog post as this API is very handy and beautiful, and deserves a bit more time to play with. Please have a look at the link provided.

One important note about Promise and callbacks – unfortunately assertApi doesn’t work for API methods inside promises, you have to use assertThat inside mock if you want to check a method was called.

For Firestore API I use tricks from localStorage and Promise API so please read them first. The important note, if your code uses Firestore API – you have to mock it, or your tests will always try to make requests to Firestore, and you get access errors or even worse, can corrupt your data, please be very careful.

In this example I show the most interesting case when you use transactions. In the code at first we do the same trick as for Promise API, it helps us to inject mocked Firestore.

After that I use the sample code from the documentation, it gets value from Firestore and increases inputCount by one. In the code we use Firestore.runTransaction, Firestore.read, Firestore.write - and we need to mock all these methods.

In the test I create a mockExistingUser function, you can move it to the Setup sections and later call in all test cases. This function mock all three Firestore methods, for read method it returns userStateBeforeFormatted object, for write methods it compares input value with userWriteState object. In our test case the read method returns inputCount equal 10 and the write method expects inputCount should be 11.

If you need to test a scenario in which a Template requests not existing value from the Firestore, in this case a mock for the read method should return a promise which call a reject, something like this:

You can find more Firestore test examples in my Firestore Server-Side Tag. If you want to learn more about this Template please read the post on how to get / set user state using Firestore and GTM.

That’s all for now. I hope this post will help you to test GTM Templates, happy testing!

If you have any questions or ideas, please message me on LinkedIn.